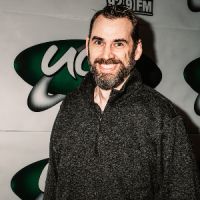 It seems the latest trend is for fast food companies to team up with popular artists there's Saweetie and McDonald’s and now Lil Nas X because he just signed on to be Taco Bell’s Chief Impact officer and also to promote his debut album Montero.  Lil Nas X will be part of an "exclusive experience" that'll include menu innovations and working with the restaurant’s foundation.  The craziest part though is that he says, life has come full circle because he used to work there in 2017!

You dropped this in the break room. pic.twitter.com/sggb3MZGU6

Ben Affleck spent his Monday afternoon shopping at a jewelry store with his mom & son.  So we can only assume that he’s looking for JLo’s next engagement ring.   Back in 2002, he proposed to Jennifer Lopez with a 6.1-carat pink diamond (which she reportedly kept) that cost $2.5 million, but ultimately called that engagement off in 2004.   2nd time’s the charm?

Dog the Bounty Hunter is getting ready to say I DO to his fiancé Francie next week and the majority of the family seems to be ok with it, but there appears to be some trouble. Beth’s daughter (Dog’s step-daughter) Cecily & their daughter Bonnie are not invited to his wedding.  Dog & fiancé claim the girls have been uninvited because they are "living under the same roof with people who stabbed him in the back, robbed, lied, manipulated, smeared his name and tried to ruin his career."   Bonnie claims that Dog is just upset because his contract was terminated on his latest reality show while Bonnie & Cecily continue to have theirs.

Duane Chapman is being accused of A LOT by his own flesh and blood. https://t.co/9GY40yxQNc